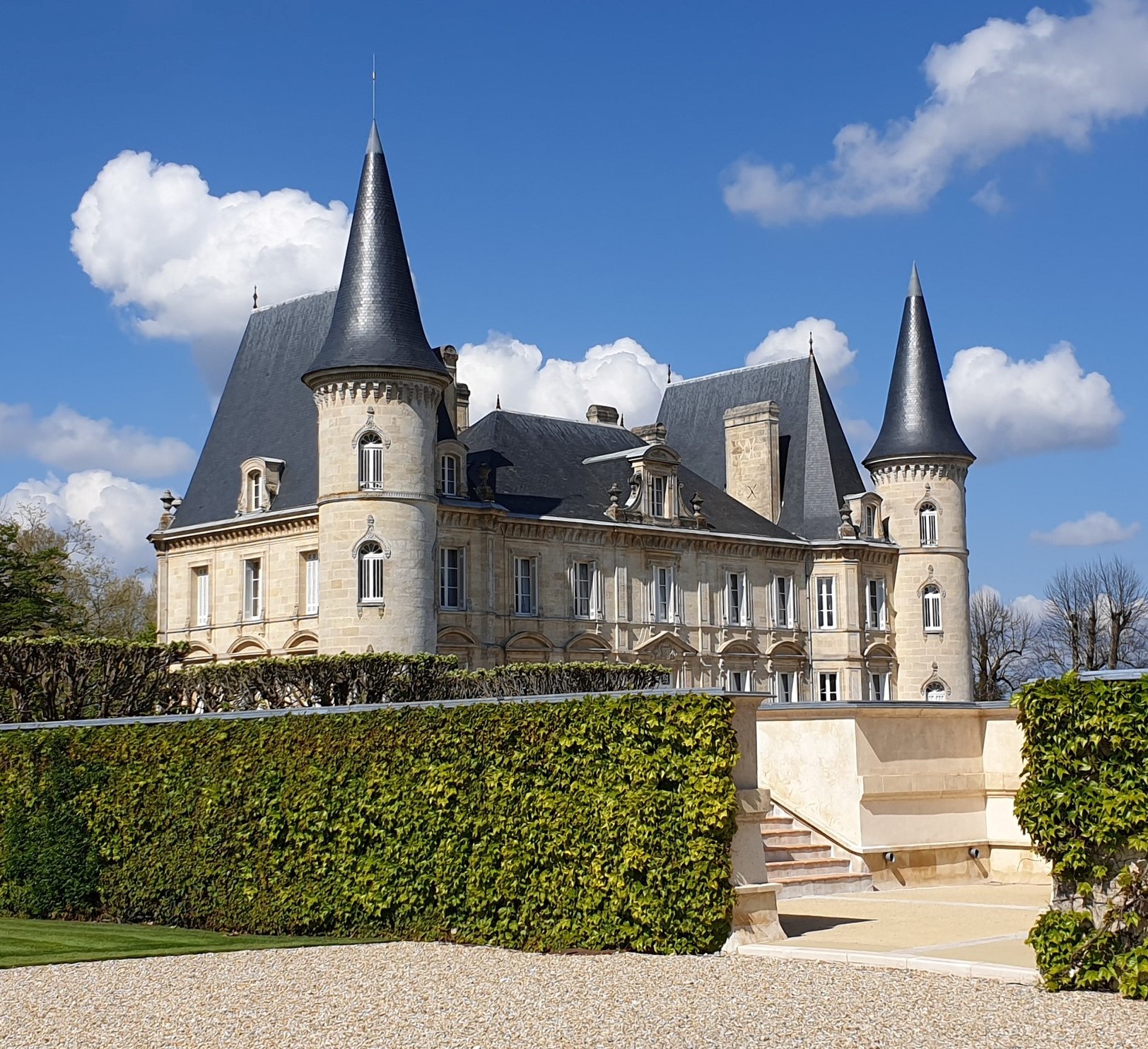 Chateau Pichon Baron has a long, long history and I'll mention here the most important facts.

From the 1930s and until mid-1980s Pichon Baron was owned by Bouteiller family. Under their ownership, the quality of the wine wasn't worth its status with thin and boring wines.

In 1987 French insurance company, AXA Millesimes purchased this property and Jean-Michel Cazes from Lynch Bages was appointed as manager of it. After a short time, he was replaced by Jean-Rene Matignon, who since then has been technical director of Pichon Baron. In 1988, renovation of the chateau and creation of new cellar for vinification and ageing has begun. Under the new ownership, the quality of Pichon Baron started to be better and especially 2005, 2009, 2010 plus last five vintages (2014, 2015, 2016, 2017 and 2018) are simply excellent.

Pichon Baron is a true Pauillac wine with power, strong backbone and big concentration. It's a modern touch to it. While it's masculine which corresponds very well with the fact that men inherited it in 1850, the other part of at that time big property, across the road, inherited by women and becoming Pichon Comtesse, is much more feminine wine, with more elegance and finesse. 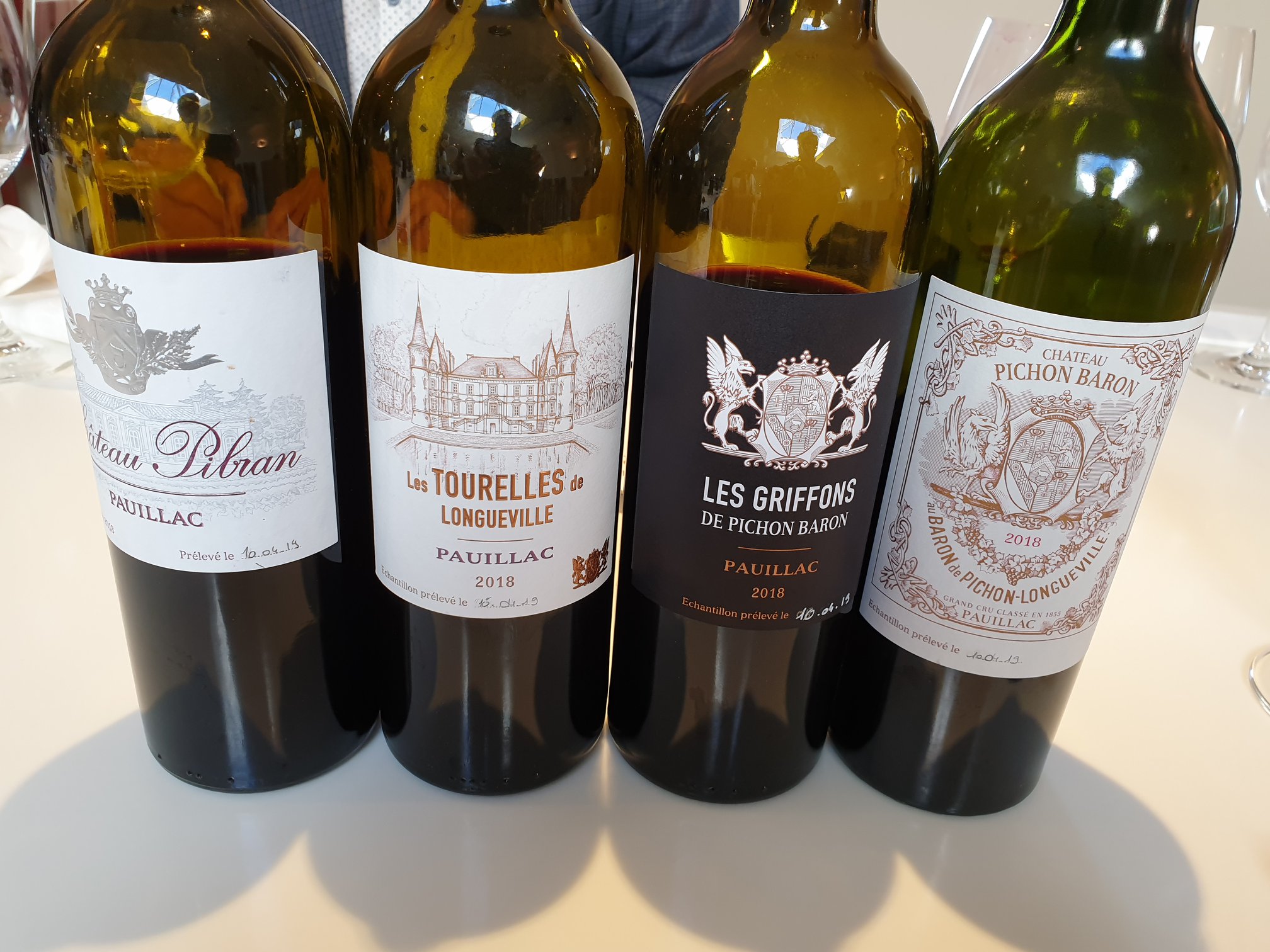 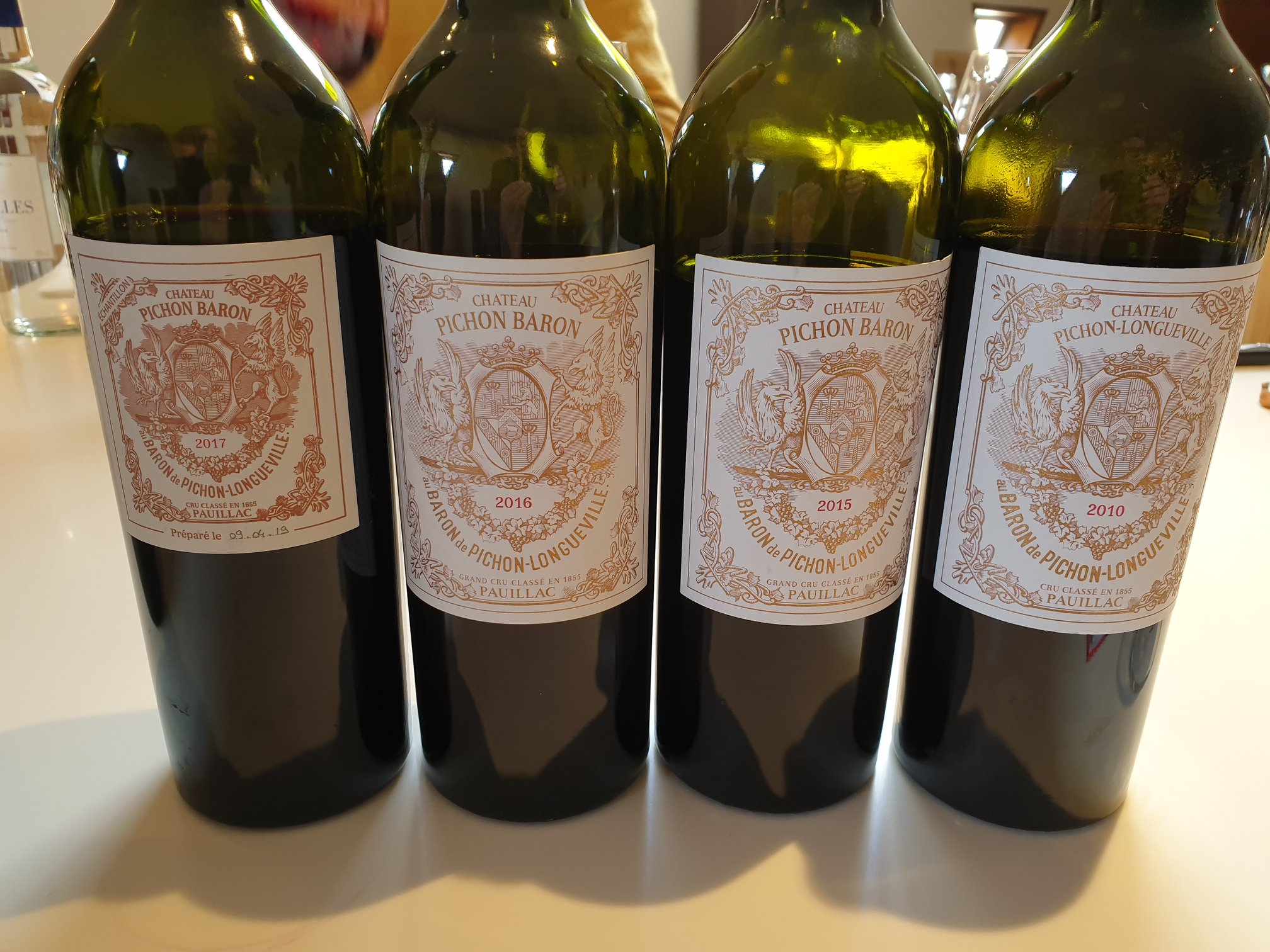 Wine menu for a day in April 2019 at Pichon Baron, left and right! 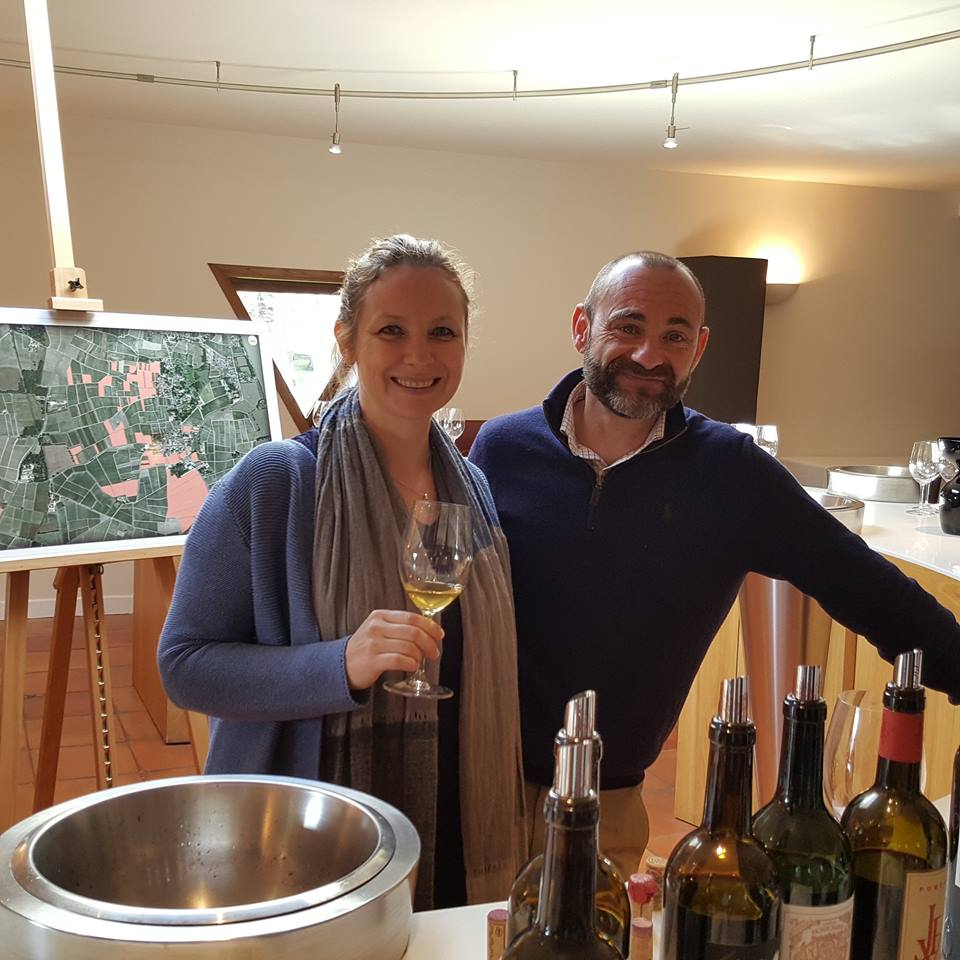 Tasted in June 2020.  87% Cabernet Sauvignon + 13% Merlot. Sheer power and concentration, Long rows of creamy blackberries and sweet tannin, awesome complexity and depth, luscious and with many layers. Spectacular effort and as thrilling as 2018 or maybe even better!

Tasted twice - last time in September 2019. Consistent notes. Tight, dense, very powerful with strong backbone, fabulously complex, chewy, rich and with stunning length. Emphatic and stupendous wine! 78% Cabernet Sauvignon + 22% Merlot. In my opinion, the best vintage made during AXA's ownership! My rating may be a bit too conservative.

Tasted in April 2019. Power and elegance, fine acidity and fine complexity, fine structure and balance. More accessible than the highly heralded vintages 2015 and 2016.

Tasted in April 2019. Very aromatic and intense on the nose, very powerful yet elegant at the same time, rich, noble and with a meaty finish. Exceptional effort.

Tasted in April 2019. More spicy fruit and more "muscles" than 2016, but this wine still had the same power and length. Fabulous stuff.

Tasted three times - last time in September 2019. Consistent notes. Classic Bordeaux style with tightness, strong backbone and massive approach. This wine has everything and needs some time to develop.

Tasted twice - last time in April 2019. Not consistent notes. Big balls wine with power and concentration at highest gear, dense and tight, and with unlimited longevity. I remember that this wine like many other wines in vintage 2010 wasn't that stunning and expressive from the barrel in April 2011. After bottling it's become a different animal which improved a lot and has turned into a true superstar.

Tasted in April 2018. Powerful and tight, dense, with strong backbone, great depth and excellent complexity. Still in their prime youth. We have to wait at least 10 years more to get full insight into this wine's further development.

Tasted in April 2018. Similar to 2005, but fruit here isn't as ripe as in 2005 and tannin not that ripe too and as finely grained. Many years to go with wait for tannin to soften a great deal.

Tasted in April 2007. Aromatic and powerful on the nose, deep on the palate with strong structure. Very concentrated and long on the aftertaste. Splendid wine.